Proud Of Our Regional Winners 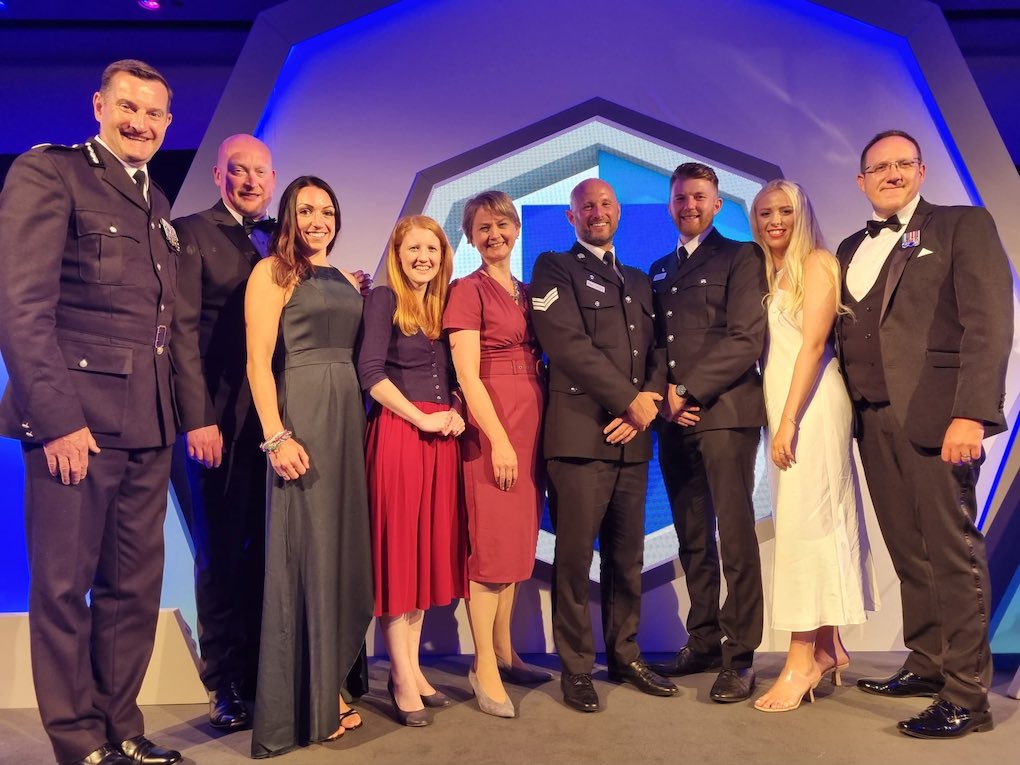 “We are over the moon, but it feels like we don’t really deserve it… We come to do our job at the end of the day,” the pair said.

As we reported in the last issue, on 21 December last year the officers were called to reports that a man was waving a large knife on a passenger-filled bus.

Never leaving the passengers, the officers physically engaged the armed suspect who had refused to drop his weapon and tried to attack them.

The incident that followed saw them use batons and open-hand skills in a melee with the man, which eventually spilled onto the street where they were able to restrain and disarm him.
The man was later sectioned under the Mental Health Act and received treatment.

Chief Constable John Robins QPM DL said: “Tom and Mike richly deserved their nomination for the National Police Bravery Award and we are really pleased for them to be recognised as regional winners.

“Their first instinct was to protect the lives of the passengers on the bus. They showed no concern for their own safety as they attempted to disarm the man in what was a highly dangerous situation.

“The courage they displayed was admirable and resulted in them using their training to secure the suspect, who went on to receive the mental health support he needed.

“Tom and Mike should both be very proud of their actions.”