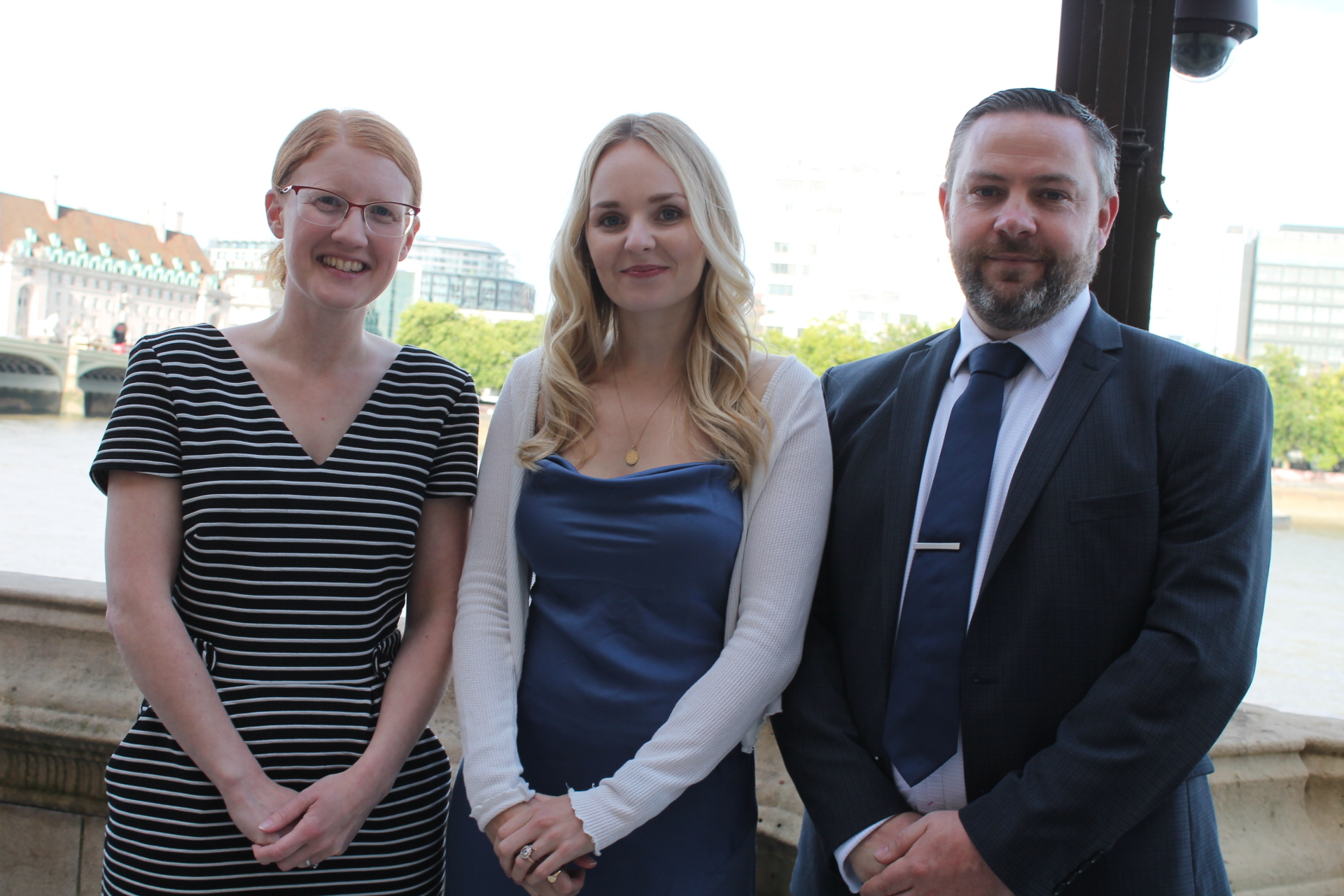 Harper’s Law is now officially on the statute book, introducing mandatory life sentences for anyone convicted of killing an emergency worker while committing a crime.

It follows a long campaign by Lissie Harper, the widow of Thames Valley PC Andrew Harper. Her campaign was supported by Thames Valley Police Federation, the PFEW and Martis Media.

She was in Parliament to see the law coming in, where she met with politicians including Home Secretary Priti Patel, Secretary of State for Justice Dominic Raab and Labour MP Holly Lynch.

Lissie said: “Twenty months ago, in the midst of grief and incomprehensible loss, I set out on a journey for justice. I knew it would take time and a lot of hard work, but in my mind there was no other option than to make Harper’s Law a reality. Today marks the success of all of that hard work, campaigning for change.

“Today I can say that it was all worth it as Harper’s Law becomes just that – a law that is in the statute books. The law – as we demanded – will introduce mandatory life sentences for anyone convicted of killing an emergency worker while committing a crime.

“Almost three years ago my husband was robbed of his life and we were both robbed of our future together. Nothing will ever change that. This law will not change the outcome for his killers. But no longer will a family have to endure the pain of injustice in court as I did those many months ago, and that is a significantly powerful outcome.

“My trusted friend and Andrew’s colleague, Inspector Andy Fiddler of Thames Valley Police, has been by my side fighting for this important cause since day one. After many long hours and days, journeys, meetings and events we can be proud of the hard work we put into our campaign.

“I could not have done this without him and the Martis Media team who have supported this challenge with determined dedication. I must thank all those who supported me and urged me on for all of these demanding months, including my loving family who continue to give me strength through all the battles thrown towards me. Trying to put into words what the instatement of our new Law means to me is difficult. A mixture of great relief and pride in the efforts that have gone into this. We have received so much support from members of the public, emergency services, as well as MPs.

“I am just pleased that the Government and the people we have been working with have stuck to their word. Harper’s Law was so needed in our country and we did it; finally our court systems may see some justice prevail within them. Finally a law that we can be proud of.

“I know that many, many people will feel vindication at actually being able to believe in some legislation written in our history books. Throughout this journey I have met so many incredible people, fellow widows and widowers who know this unique pain I feel, as well as too many others who have lost loved ones in unspeakable ways and still have not seen any justice.

“I hope that this will help not only me but all of those who have experienced these cruel atrocities; we may never move on but we can try to move forward.
“I will never be rid of the hollowness that the burden of grief inflicts, but I know without hesitation that my husband Andrew would be immensely proud of this achievement in his name. Andrew believed in fairness and peace. He had the strongest moral compass of anyone I ever met and that is why I know without a shadow of a doubt that he is smiling down at me with pride and love as Harper’s Law, his legacy, is now achieved.”