Celebrating The Best Of The Best 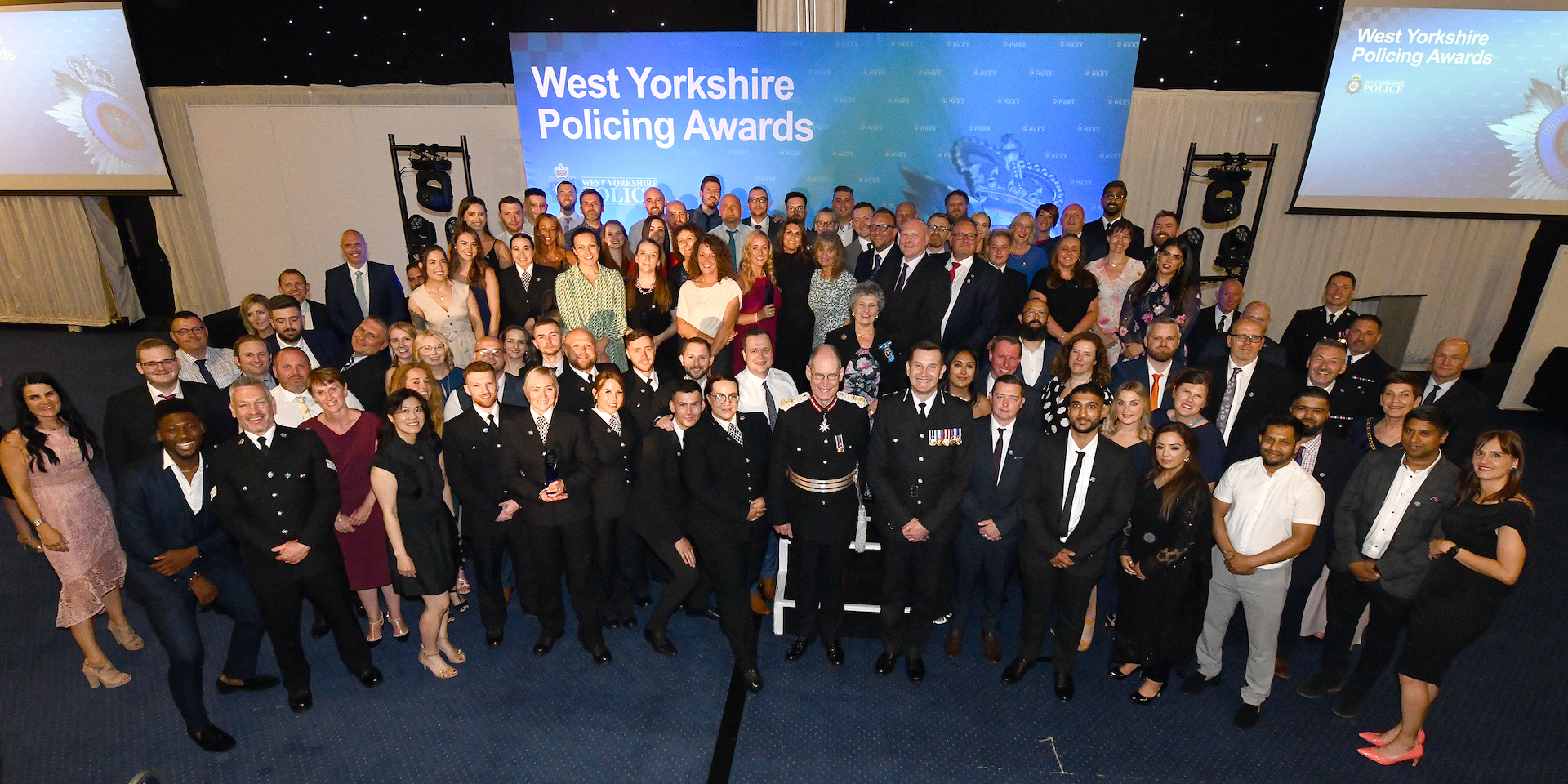 This year’s event took place at The Centenary Pavilion in Leeds, the first awards since 2019 to be held with no COVID-19 restrictions. It was hosted by BBC Look North presenter Phil Bodmer.

A new award, the West Yorkshire Police Humane Award, was won by a team of officers who were first on the scene at an attempted murder in the Kirklees district. They gave life-saving first aid to the victim and provided crucial information for the subsequent investigation.

Winning the Award for Extraordinary Public Service was the team who were first on the scene for a road traffic collision in Wakefield.

The team working on Operation Brimshot won the Adams McGill Award for Protection of Vulnerable Victims, for their tenacity and perseverance in an investigation into events suffered by a baby within the first nine months of its life.

The Dennis Hoban Award for Crime Investigation went to the Operation Plumeham team for their tenacity in working on a murder investigation that resulted in a number of convictions.

Sergeant Gary Roper won the Ian Broadhurst Trophy for Outstanding Contribution to Roads Policing for his hard work and dedication to roads policing and for the support he has given the Operation Support Senior Leadership Team.

Student Officer of the Year was PC Alice Holt, for her commitment as a member of the Bradford Domestic Abuse Team.

The Colin Cramphorn Trophy for Contribution to Neighbourhood Policing went to BD3 Unite, for their hard work in Bradford Moor to develop and deliver a partnership response to serious and organised crime.

PC Tom Swift and PC Mike Watkins won the Police Bravery Award for their courageous actions in disarming a knifeman. Their story is detailed on page 1.
The Team of the Year was the team that was first on the scene at a house fire in Kirklees (Operation Plotcrest), for their hard work and initial management of the investigation.

And DCI Mark Gaunt was awarded the Lifetime Achievement Award.

Chief Constable John Robins said: “Every year we see so many examples of where our police officers, staff and volunteers have gone above and beyond what is expected of them.

“Everyone who received an award tonight has made a significant contribution to the policing of West Yorkshire in the last year, and every one of those who were nominated can also feel proud.

“Policing continues to go through some very challenging times, but in West Yorkshire we have some of the very best people equipped to deal with these challenges and provide the very best service in keeping our communities safe.”