Brave PCs Up For National Award 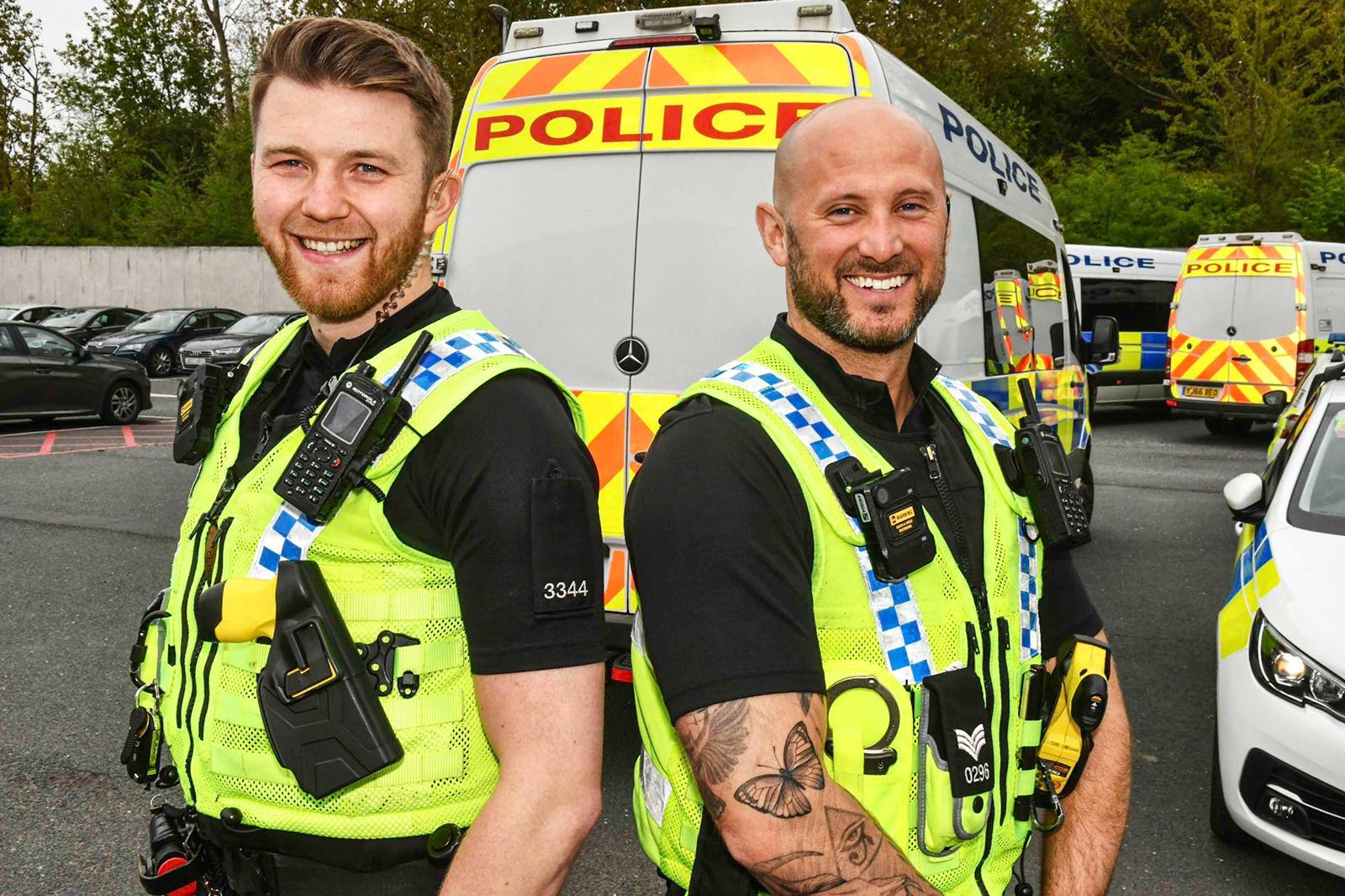 Two West Yorkshire Police officers who wrestled a knifeman to the ground after he had terrorised a bus full of passengers have been nominated for the National Police Bravery Awards.

PC Mike Watkins and PC Tom Swift were called to reports that a man was swinging a large knife around and threatening passengers on the Number 75 bus in Holbeck, Leeds on the evening of 21 December last year.

The officers realised the man posed a severe threat and decided they had to act instantly rather than wait for backup. So they boarded the bus after calling in to get Taser use authority.

They calmly told the man to stay where he was and to drop the knife, a request he flatly refused. Instead, he began to swing the large blade around and advanced towards them.

The officers deployed their Tasers, but they had minimal effect due to the man’s baggy clothing. PC Watkins then drew his baton and approached the man.
The man began to retreat down the aisle but, due to the confines of the bus, PC Watkins’ baton fell from his grasp, and the man picked it up.

With a knife in one hand and the police baton in the other, the man turned towards the officers, swinging both weapons around his head.

PC Swift then drew his own baton to strike the man, while his colleague deployed PAVA spray.

Still the man came forward, swinging the weapons, and the officers managed to rush at him, grabbing both his arms. Pinning him to the ground, they de-armed and handcuffed him.

The man was later sectioned under the Mental Health Act and received treatment.

“This was a very tough assignment, and it got tougher given both Taser and the PAVA spray weren’t enough to stop this knifeman in his tracks. Mike and Tom had to think and act fast, they potentially saved lives that night, and we are extremely proud of their actions.”

The National Police Bravery Awards honour officers from across England and Wales who have performed outstanding acts of bravery while on or off duty. As nominees, PC Watkins and PC Swift will join colleagues from across the country in attending a reception and an evening awards ceremony in London this month.

The awards are sponsored by Police Mutual.