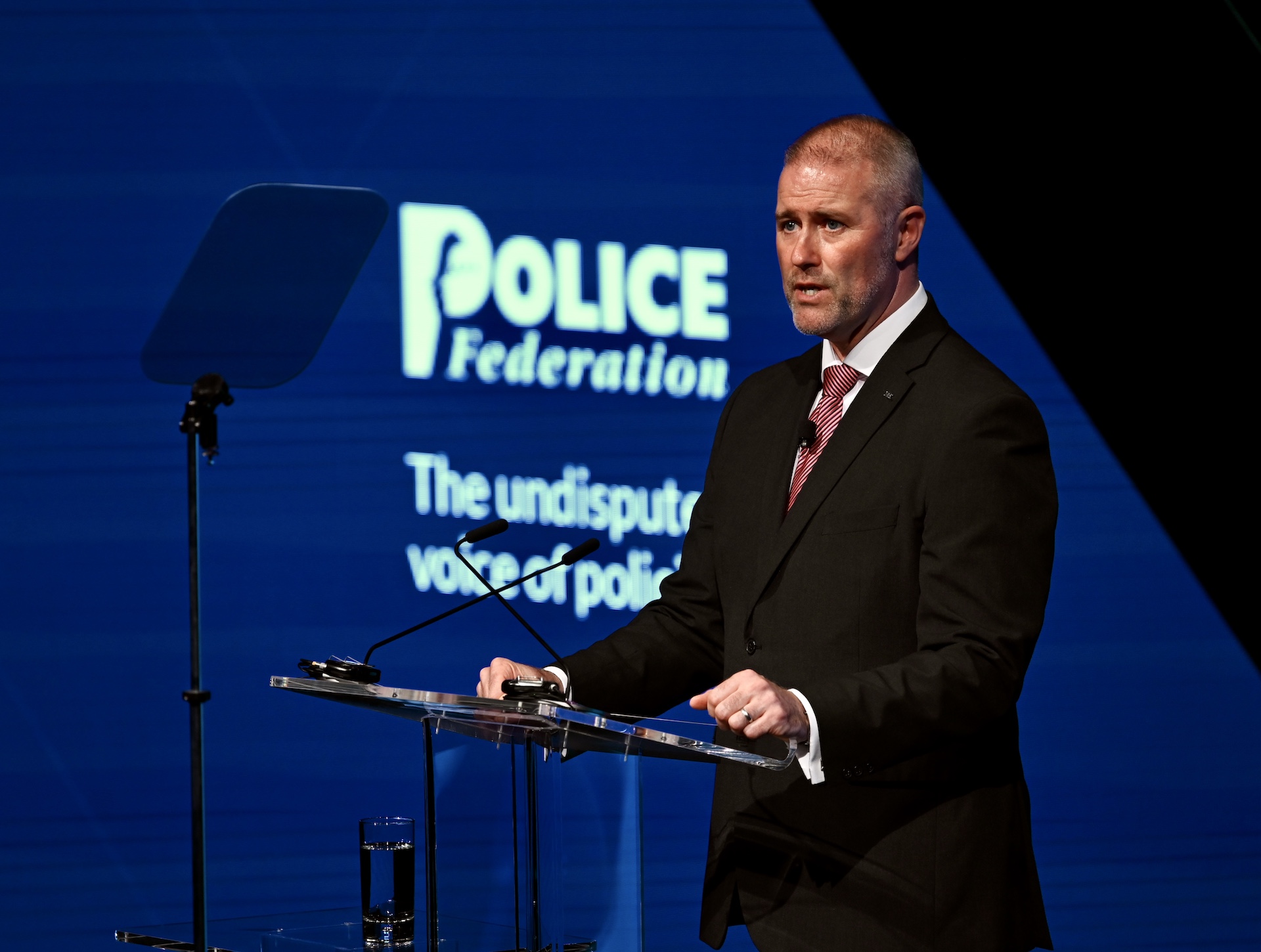 Police officers are the only public sector workers being “penalised in their pockets”, the new Chair of the Police Federation of England and Wales has said.
Giving his keynote address at the 2022 PFEW conference, Steve Hartshorn immediately tackled the issue of police pay – saying it was the one issue that “sticks in the throat” of officers.

He said: “Home Secretary – what has gone wrong? Why are my colleagues one of the only groups of frontline public sector workers being penalised in their pockets?

“Over the last decade, we have seen a real-terms pay cut of around 20%. Other costs haven’t stood still – gas, electric and fuel costs all continue to rise, and National Insurance contributions increased.

“Yet the very people who put their lives on the line during the pandemic, alongside other key workers, were told they deserve nothing extra to help with these costs.

“They were thanked for putting themselves and their families in danger as COVID gripped the country, and yet that acknowledgement amounted to nothing.
“It’s frustrating to see and hear from colleagues who are struggling to feed their families and going to food banks.

“It angers me to hear good and experienced people talking about leaving the job – not because they want to, but because they can’t afford not to.
“This cannot go on.”

Steve said a PFEW poll of 2,000 people showed that 75% believed police deserve a pay rise in line with inflation – currently standing at 9%.

The poll also found that 79% agreed that dangerous jobs, such as police work, deserve pay that reflects the risk of those jobs. In addition, 72% said the Government should give police a pay rise at the next opportunity.

Steve also used his keynote speech to call for an increase in annual leave for officers, saying the current rules based on length of service could contravene the Equality Act 2010.

He called for 25 days’ entitlement for new officers, reaching the maximum of 30 days after five years’ service. Currently an officer would have to work for 20 years to be entitled to 30 days’ annual leave.

In addition, Steve said legislation should be amended to protect officers who are required to possess PAVA or Taser when they are off duty, on call, or in-between shifts – even if they are required for work or personal safety.

He said the Firearms Act should be amended to specify what officers are allowed to carry off duty, on call, and under what particular circumstances.