Police Are ‘Targets Of Violence’ 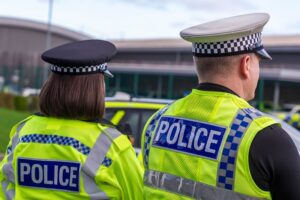 Over the past financial year, 22,421 police officers across the country were injured during ‘an intentional or unintentional assault’, as West Yorkshire Police Federation says that such assaults have become “commonplace”.

The new Government statistics also revealed that on 391,202 occasions, police officers needed to use force to protect themselves.

“Our members put themselves in harm’s way every single day. What we endure in the course of protecting the public takes a toll on our physical and mental wellbeing.

“Police officers see the very worst in society, and work tirelessly to bring those people before the courts. We are the targets of violence, abuse and false accusations, and sadly have not been supported by this Government.

“Police officers are real people with real families – no one should turn up for work and expect to be assaulted.”