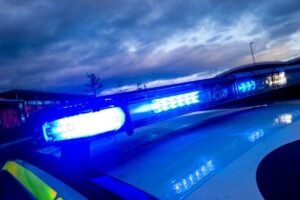 Cuts to the number of dedicated traffic officers have been linked to a failure to reduce road deaths over the past decade, a new investigation has found.

According to figures from BBC Panorama, the number of police officers tasked with enforcing road laws has dropped by 15% since 2016.
Figures from 34 forces who responded to a Freedom of Information request showed the total number of dedicated traffic officers fell from 5,014 in 2016 to 4,257 currently.

Meanwhile, the number of people killed on the roads each year remained stable between 2010 and 2019, after going down for three decades.
West Yorkshire Police Federation Chairman Brian Booth said there was definitely a correlation between the lack of trained roads policing officers and the danger to the public.

Brian added: “This is something that was pointed out time and time again to Government when the cuts were being made in policing. Senior officers had to make hard decisions, managing a reduced budget while dealing with increased demand throughout all aspects of policing.
“The cuts were severe and no department was left untouched.

“Remember, West Yorkshire Police went from nearly 6,000 officers to around 4,500. As a Roads Policing Sergeant at the times of these cuts, it was a very real nightmare watching my team trying to keep up with the demand of accidents and the disappointment of the lack of resources available to target those who are dangerous on our roads.

“As driving standards go unchallenged, it often can lead to a change in driver attitudes on a broader scale.

“Although the Government is aiming to recruit officer numbers back to previous levels over the next couple of years, it will be take some time to replace the damage done to policing.”

The Panorama investigation also found that nearly 50% of fixed speed cameras do not work.

In response to a separate FoI request, 26 forces said that 523 of a total of 1,110 fixed speed cameras were inactive.

In some areas, including North Yorkshire, Durham and Northamptonshire, no cameras were active.