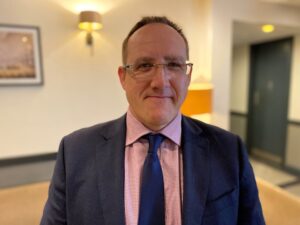 Policing in England and Wales is to receive up to an extra £1.1 billion to cut crime in 2022/23, but West Yorkshire Police Federation says it is “not what it seems”.

But Craig Nicholls, Vice Chair of West Yorkshire Police Federation, said: “This is nothing short of Government putting a small plaster over a cavernous wound.

“Houdini would be proud of the Government’s failed attempt at the smoke and mirrors tactic it has employed over this ‘extra funding’.

“For the past 10 years, the Government has eroded policing – it has given little funding for policing and taken it away at every opportunity.

“The Government has announced £1.1 billion in extra funding for policing – this money will come in part from a council tax increase of up to £10 per household should elected police chiefs decide it is needed.

“We often see headlines in the press about extra officers, but the truth is that new officers now take three years to reach the streets through changes in training.

“We need extra officers now, just to get to the point of operational competence, let alone the additional numbers seen by other forces. Although this is a small step forward, there is still a staggering shortfall in real terms – and cuts have consequences.”