Unfair Interference In Our Pay 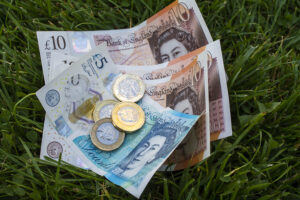 Police officers are already beginning to wonder what their pay cut will be in 2022, after the Home Secretary once again attempted to tie the hands of the supposedly independent body that advises on police pay.

That’s the message from West Yorkshire Federation Chairman Brian Booth, who was speaking after Home Secretary Priti Patel contacted the Police Remuneration Review Body (PRRB) with their ‘remit’ for advising on a police officer pay rises in 2022/23.

Brian said: “Officers have lost all confidence in the fairness of the police pay mechanism. The reason that officers lost confidence was due to the unfair interference by the Home Secretary, technically shackling what is an independent body’s review, with policy decision.

“The PRRB should be able to produce their findings and give a fair appraisal based on the evidence submitted; this is an unwelcome intervention to a supposedly independent body.”

Police officers were given no pay rise in 2021 when the Home Secretary tied the PRRB’s hands under the guise of public sector pay restraint.

Whatever the PRRB advises Government, it is up to the Home Secretary to decide what the police officer pay rise award should be.

In her letter to the PRRB, The Home Secretary states: “I ask that your recommendations and observations are considered in the context of the Government’s commitment to increase police officer numbers by 20,000 over three years.”

She added: “The Government must balance the need to ensure fair pay for public sector workers with protecting funding for frontline services and ensuring affordability for taxpayers.”
But Brian said a decade of low pay for officers should be taken into account when deciding the pay rise for next year.

He added: “Observations should have highlighted 10 years of below-inflation pay awards, removal of other parts of the remuneration package, and the discriminatory treatment of officers in relation to their pensions. Funnily enough, she hasn’t mentioned any of that.

“What is the point of wasting our time? What is our pay cut this year, Home Secretary? That is what rank-and-file police officers are thinking. And what a sad state of affairs.”

Both the Police Federation of England and Wales and Police Superintendents’ Association have backed out of the PRRB process following last year’s pay freeze.