Time To Deliver On Pay Promises 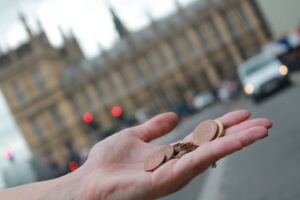 Home Secretary Priti Patel has failed to support police officers on pay, West Yorkshire Police Federation has said, adding that the police service would be watching very closely as Ms Patel takes to the stage at upcoming autumn events and conferences.

The Home Secretary is likely to make a speech at The Superintendents’ Association Conference in September, and the Conservative Party Conference in October.

As a result of the vaccine and pay betrayals, the Police Federation of England and Wales (PFEW) has passed a vote of no confidence in Ms Patel and has withdrawn its support and engagement from the Police Remuneration Review Body, labelling the current police officer pay mechanism “not fit for purpose”.

West Yorkshire Police Federation Chairman Brian Booth said: “I truly hope that the Home Secretary has had a good period of reflection in respect of the appalling treatment of my colleagues.

“Using police officers as cheap publicity stunts and making great statements on how she has their backs. But behind the scenes, failing to support them in relation to pay and conditions.

“Will our Home Secretary stand up to the plate and deliver on her promises? The service is watching very closely.”

The PFEW has now called on the Government to dispense with policing platitudes and agree to work with the Police Federation on an entirely new and fairer system of remuneration decision-making. It also wants it to reverse the 0% pay award decision so that police officers get a meaningful pay increase.