We Should Not Have To Plug Mental Health Gaps 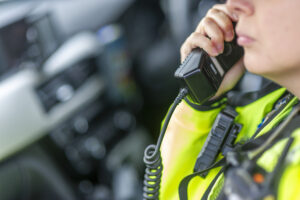 Urgent action is needed from the Government to put an end to the police service being used to plug the gaps of underfunded mental health services.
A Government report from 2018 that has just come to light found that up to 4,500 people in mental health crisis were ‘unlawfully held in police custody’ in England and Wales in a year.

“This continues year after year,” said West Yorkshire Police Federation Chairman Brian Booth. “The police have an important part to play in protecting the most vulnerable in our communities, but this is at the point of initial contact. Following that initial contact we need to be able to hand the individuals over immediately to properly trained and funded professionals who take care of them.

“Police cells are not the place to hold vulnerable adults or children who need mental health professionals.

“For every individual who is brought into police custody or escorted to hospital, it removes at least one or two officers off the street to supervise them. The police do not have the resources to keep doing this and it has a significant impact on service delivery.”

PFEW Chair John Apter commented: “Alongside us, other policing bodies, including the Independent Office for Police Conduct and the National Police Chiefs’ Council, have supported urgent need for action as the police service continues to be used to plug the gaps of other agencies when they are already struggling to cope with demand. This is grossly unfair and must stop.

“I would urge the Government to take responsibility, both legislatively and financially, so that real money is put into secure non-police facilities, drug and alcohol services, community health and social care programmes so that the most vulnerable people in society can be helped and protected.”