Members Urged To Be Cautious On WhatsApp 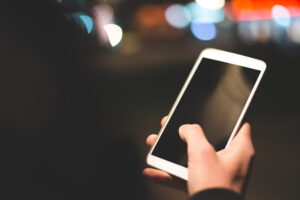 West Yorkshire Police Federation is reminding officers not to post anything that could potentially be offensive or discriminatory. Officers should also avoid posting messages about operational issues or live cases because the content won’t be deemed to be private in law.

Recommendations have been made to all police forces in England and Wales to ensure a consistent approach of work group messages, following a review by the Independent Office for Police Conduct (IOPC).

A case at the Met – which the IOPC has publicised – found officers “were using the instant messaging application from their personal devices to discuss work-related matters, including sharing operational information and sensitive documents”.

There has also been a case in Scotland where officers have lost their right to privacy over messages exchanged in a WhatsApp group.

West Yorkshire Police Federation Conduct and Performance Liaison Officer Aaron Horsfall said the rulings could have implications for West Yorkshire Police officers. In serious cases, he said colleagues could face criminal proceedings because of what they send on their phones.
“These rulings now show there is no privacy when it comes to shared WhatsApp groups and other social media platforms,” he said.

“I would urge officers to be very careful about what they put on their groups because these cases can and do happen. And careers could be on the line.”

Another red flag for Aaron is teams using WhatsApp groups as a briefing tool. “It’s a massive no-no,” he said.

Officers are also expected to report anything they believe breaches the force’s Code of Ethics wherever they see it, including WhatsApp and other social media platforms. “That’s covered by the Standards of Professional Behaviour, challenging and reporting any improper behaviour. If officers don’t do that, then they risk being in breach of the code themselves,” Aaron said.

Officers with questions can speak to their local Fed Rep or email the Federation office.