Rise In Assaults On Officers 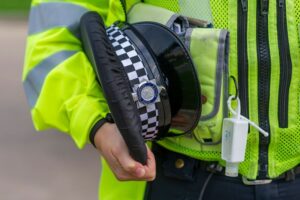 New figures show that, last year, 2,160 police officers were assaulted in West Yorkshire – that’s 41 a week or nearly six every day.
Figures published by the Government show that nationally, there were 36,969 assaults on police officers in England and Wales last year, an annual rise of over 20%. That is equivalent to 720 assaults on officers a week, 101 assaults every day and more than four assaults an hour.

West Yorkshire’s Chief Constable John Robins said that frontline police officers were treated like Britain’s “punchbag” while they were preserving law and order.

Chairman of West Yorkshire Police Federation Brian Booth said: “Many years ago disillusionment was reserved for those officers close to retirement. Unfortunately today I see it in the eyes of officers with little service.

“Chief Constable John Robins QPM is absolutely right in his analysis and I thank him for coming forward to highlight the issues my members are facing.”

CC Robins added: “A punchbag gets hit from every side; it feels a little like that in policing at the moment. [Officers] are punched, kicked, pushed and spat at every day. They are also racially and religiously abused or insulted because of their gender or sexual orientation, but that is another sad story.”

He also highlighted that the police had been denied the 3% pay increase offered to NHS staff and firefighters: “We saw officers who have been working on the frontline of the pandemic not deemed worthy of a pay rise; yet colleagues in local Government and the fire service were.”