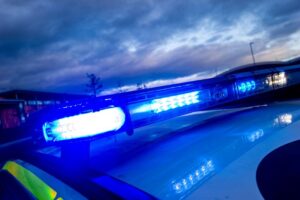 The police need rest breaks like everyone else and should not be harassed for taking them, West Yorkshire Police Federation has said, after a member of the public confronted and filmed officers eating their lunch, and later lambasted them on social media.

Last month two West Yorkshire Police officers stopped at a sandwich shop in Leeds to buy lunch before eating it in their car. A member of the public filmed them and challenged them for eating in public. The video was then widely shared online.

West Yorkshire Police Federation Chairman Brian Booth said: “It shouldn’t need saying, but police officers have to eat. They are not robots. They are not superhuman. They need time during their shift to stop, rest and refuel – just like the rest of us. And they do not deserve to be condemned for doing so.

“I am sure these officers would have preferred to go back to the police station, where they could eat in peace and in far greater comfort. But they didn’t, because of their sense of public duty.

“Eating meal breaks in the station would take officers off the streets for longer. It would make them less accessible to the public and less able to respond quickly to any emergency that may occur.

“The public want officers out in their communities, so they make themselves available for this very reason. The police vehicle acts as a mobile police station. That is why it is brightly coloured and liveried up – so members of the public can find them should they need them.“

Brian continued: “The vast majority of the public respect, support and empathise with our hardworking members. They understand that they have a right to stop and recharge their batteries. Officers are entitled to a 45-minute break for every eight-hour shift, but most officers do not get anything like that. And if an emergency happens, they will respond immediately.

His message to members of the public was: “My members have never been busier. We are opening up, and we are under demand. Let officers rest and refuel so they can do the job you want them to do to the best of their abilities.”