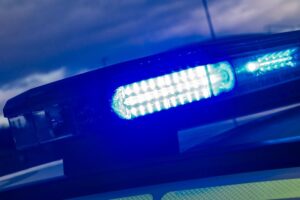 The Home Secretary has vowed to back officers and provide them with better protection after the pandemic saw a 21% increase in police assaults.
Priti Patel told the PFEW Annual Conference: “There is nothing I take more seriously than my duty to the police.”

She said: “It is a cruel irony that while most crime fell during lockdown, violence against police officers increased. You were spat and coughed at by thugs claiming to have the virus. Some of you were seriously injured. And your vans were set on fire during the despicable events in Bristol earlier this year.

“Police were bloodied and bottled in Hyde Park in April. The year from December 2019 to December 2020 saw a big increase in police assaults. Assaults on Constables without injury increased by 21%, to 25,156. Assault on Constables with injury went up by 2%. That was over 11,000 cases. These figures are shocking. This behaviour is grotesque. I will never accept that is simply part of the job.

“The right to protest peacefully does not include the right to smash up property and abuse police officers.”

The Home Secretary has vowed to support PFEW in its campaign to share officers’ body-worn video (BWV) footage and promised to help end officers’ ‘trial by social media’.
She added: “I want forces to be more proactive in sharing BWV footage to highlight the fantastic work of officers, to build public confidence, and to correct harmful misinformation circulating online. I will condemn the abuse of police officers wherever I see it happen…I will continue to do everything in my power to ensure assaults on police are treated with appropriate severity across the criminal justice system.”

Priti Patel also told the conference that she wanted to thank officers for their hard work over an incredibly difficult time.

She said: “You could not lock down. You had to leave your homes to keep everyone else safe. You did not flinch. You had to enforce laws to save lives. Our country has the best police force in the world.”