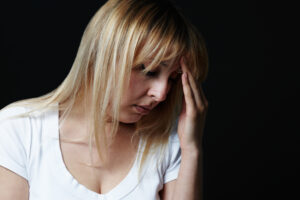 Police forces need to take responsibility for the wellbeing of their frontline officers – and that means preventing issues that lead to mental ill health and sickness arising in the first place.

Hayley Aley, PFEW Wellbeing Lead, was speaking at the Federation’s Annual Conference, at the session ‘Wellbeing: Whose Responsibility Is It?’.

She said: “Officers working on frontline response teams contact us on a daily basis telling us how hard every shift is…We have to make fundamental changes that will have a direct benefit to our frontline officers.”

She added: “There are real opportunities for us to look towards the preventive side of this situation and make sure people don’t get into crisis.”

In the PFEW’s latest Demand, Capacity and Welfare Survey, 77% of respondents said they had suffered from stress, low mood, anxiety or issues with health and wellbeing over the past year.

The panel heard from response officers who said the large amount of paperwork was preventing them from doing their jobs on the frontline. Other issues were the lack of rest breaks, no pay rises, having to do unpaid overtime and the risk of being assaulted or verbally abused.

One PC said that there had been incidents where she hadn’t arrested someone who had assaulted her because she didn’t want to add to the workload of her fellow officers.
The panel was asked if a solution was to empower line managers to deal with wellbeing issues, but they said that managers themselves were under too much stress.
Officers said that the police IT systems, especially Athena, were adding to their stress.

Hayley said: “It is the force’s responsibility as to what IT systems they have in place, but we’re getting feedback that IT systems are causing stress and that anxiety is growing. It can’t be ignored.”

Hayley said that many of the operational stresses were “fixable” and she asked forces to make sure officers weren’t doing paperwork when they should be taking their rest breaks, and that there was more teamwork so that officers didn’t have to stay late to finish off their work. She also stressed the importance of welfare vans.
She said: “We’ve got to listen to officers and start this at the root cause.”