We Need Right Kit At Protests 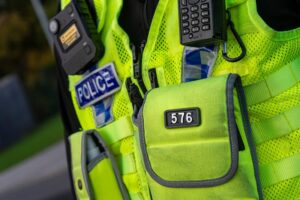 There is a growing frustration among frontline police officers that bosses are more concerned about “how it looks to have officers in riot kit, rather than the safety of the officers”.

That was one of the messages voiced at a session on policing protests at this year’s PFEW Annual Conference.

The conference heard from Sgt Nikki O’Malley of the Metropolitan Police who was left bloodied after being attacked at an anti-lockdown protest in Hyde Park.

She told the conference: “Some of my colleagues have lost family members to COVID and were being attacked over people having to wear a mask. That was tough. Some officers had sick family members at home.”

Speaking about Hyde Park, she said: “We were attacked. We had no public order kit. There were lot of questions about why we were not kitted up.”

PFEW Chairman John Apter said there is a growing frustration among colleagues that bosses are more concerned about “how it looks to have officers in riot kit, rather than the safety of the officers”. He said: “I will always fall on the side of the safety of colleagues.”

Sgt O’Malley said the public need to be educated so they know that when they see public order kit, there isn’t necessarily going to be a riot.