A Challenging Year For Policing 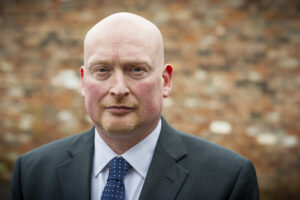 It has been a year since the nation first went into lockdown. Throughout the pandemic, West Yorkshire Police officers have had to police last-minute law changes and suffered vile assaults in the process.

To say it’s been a challenging year for police officers is an understatement. COVID-19 has brought some of the biggest curtailment on our civil liberties in a lifetime, all in the interest of public safety.

It makes me incredibly proud that my colleagues have managed all this in a dignified, professional and fair way.
They have often borne the brunt of others’ frustration, and we have seen a significant increase in assaults on them when people have weaponised the virus.

They have had to deal with last-minute legislation and hundreds of law changes.

They continue to put themselves in harm’s way to protect the public, to deal with situations where no PPE could remain intact and keep them safe.

This year policing will have some unique challenges; we have the potential re-opening of the night-time economy in June, which coincides with the Euro 21 football tournament.

It is deeply worrying that officers will be in the thick of this, and yet the vast majority of them will not have had the vaccine.

It could lead to a resourcing issue. On top of this, we have the G7 Summit, also in June, which will see a large scale national deployment of officers.

And the challenges continue with the COP26 deployment in Scotland later in the year.