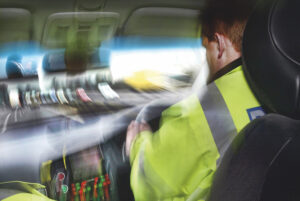 The Police, Crime, Sentencing and Courts Bill 2021 will give police drivers much-needed protection, according to West Yorkshire Police Federation.

The Bill, which was introduced to Parliament in March, gives better protection to police officers involved in driving incidents, with the introduction of a new test to assess the standard of driving following a collision.

The test permits courts to judge the standard against a ‘competent and careful peer’ with the same training, rather than with a member of the public.

West Yorkshire Police Federation Chairman Brian Booth said: “It’s finally landed and not before time. These are much-needed protections that police officers need when driving to keep the public safe.

“For many years we have seen officers dragged through the courts because their unique skillset is not recognised in law.

“Police officers often found themselves subject to unfair prosecutions for driving in the manner they had been trained to, for example pursuing stolen vehicles whereby they have to exceed the speed limit to try to bring the pursuit to a safe conclusion.

“While exceeding the speed limit, if the offender’s vehicle is involved in an accident and danger was caused to anyone, there were no protections in law for the officer, who would be liable for a dangerous driving charge.
“The standard for the driving was set as if you were on your driving test – you do not exceed the speed limit or go through red lights on your driving test and if you did, you would fail.

“The public should not be worried that officers are now going to drive any differently: there are strict guidelines, policies and technology on police vehicles that monitor driver behaviour, on top of camera systems.”
The Police, Crime, Sentencing and Courts Bill also legislates to double the maximum sentences for those convicted of assaulting emergency workers in England and Wales to two years, and clears the way for Special Constables to formally join the Police Federation.

It will also see the introduction of the Police Covenant.