Police May Get Earlier Vaccines 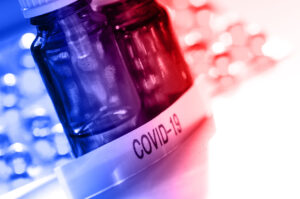 Teachers, police officers and other frontline workers may be in line for COVID-19 vaccines from 15 February, several weeks earlier than planned, the Chief Executive of NHS England has said.

NHS England chief Sir Simon Stevens said there was a “legitimate discussion” to be had on whether to switch priority to those more likely to transmit coronavirus from those more susceptible to serious infection.

The suggested move would mean public sector workers being given priority for the jabs ahead of people aged 60 to 69, in a change of Government policy.

Sir Simon told the joint Health and Science Select Committee: “Our current proposition is that once we have offered a vaccination to everyone aged 70 and above, and the clinically extremely vulnerable, then the next group of people would be people in their 60s and 50s.

“But there will also be a legitimate discussion in my view that the Joint Committee on Vaccination and Immunisation (JCVI) will have to advise on as to whether or not there are certain other groups who should receive that priority.

“People with learning disabilities and autism, certain key public service workers, teachers, the police, they will have to be factored in that post-15 February prioritisation decision as well.”

The Home Secretary Priti Patel has told police chiefs to “get ready” for officers to receive the vaccine, but has not said when this would start to take place, saying that is was “complicated”.

Craig said: “While I appreciate this may not be simple, police officers are but a small number of 130,000 in a population of over 65 million, and prioritising those cannot be that difficult.

He added: “In West Yorkshire we are lucky to have good relationships with our NHS partners, and with the support of our Chief Constable, our officers and staff have so far received ‘spare’ vaccines at short notice.

“If this system was replicated across all parts of the country, I’m sure many more officers could be vaccinated very quickly.”