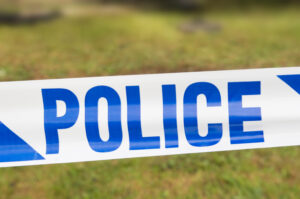 The demands on detective work have “increased massively” over the past few years, making it difficult to recruit officers into what is a hard but rewarding role.

West Yorkshire Police Federation’s Detectives Lead Detective Chief Inspector Phil Jackson said being a detective was a fantastic career with great job satisfaction, but that it also carried a lot of stress.

He was speaking at the start of a month-long focus on the issues that detectives face, and the trauma that comes with the role by the Police Federation of England and Wales (PFEW).

Phil said: “What’s changed over the past 20 or so years is the fact that we very much look towards the preventing and safeguarding side of the investigation.

“It’s all about how we can keep victims along that journey with us from the moment they pick up the phone, so they have trust and confidence in the police right the way through until court.”

He said that demand had increased because of the internet. He explained: “Calls are increasing through email and online reporting, and that’s having a profound impact.

“And then you look at how digital is increasing frauds and they’re not just frauds that occur in this country – someone could be sat in an office in America or Africa or Australia committing a fraud on somebody who lives locally in the UK. The world’s becoming a lot smaller and that has a huge impact on our demand.”

There are several challenges when recruiting detectives, Phil said, from the reputation of the role to the relatively young and inexperienced police workforce.

He said: “I think it’s well recorded that it’s really difficult to get detectives, because DCs carry a huge amount of risk – the buck generally stops with the DCs.

“However it’s probably one of the most rewarding areas of policing, to deal with victims from the very outset or to turn someone’s life around. It’s incredibly rewarding, but it’s hard work and the demand is ever-increasing. And at the moment we’ve got quite a lot of inexperienced officers who are just not ready to come into the detective world yet.”

Phil said it was important to get more officers into detective work so that workloads could be shared, and added that if detectives were feeling overwhelmed they should contact the Federation for support.

He explained: “Welfare and wellbeing is absolutely key. Being a detective is fantastic. It’s something that has given me and others massive job satisfaction.

“Knowing that not only are you dealing with victims and safeguarding people and working with partnerships across councils and education, but you’re also catching people who have done some horrendous things and putting them in prison for a long time to make communities safer.
“Being able to dismantle organised crime groups is just fantastic, because that makes communities better across the UK. You only get that opportunity if you’re a detective.”