Changes To Bail Legislation Were ‘Reckless’ 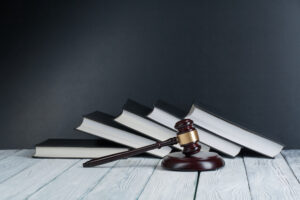 Law concept – Open law book with a wooden judges gavel on table in a courtroom or law enforcement office on blue background. Copy space for text

Changes made to bail legislation in 2017 have led to a raft of issues for officers and victims, according to a new report, with police chiefs saying they warned the Government about it at the time.

A joint inspection by Her Majesty’s Inspectorate of Constabulary and Fire and Rescue Services (HMICFRS) and HM Crown Prosecution Service Inspectorate (HMCPSI) has found that the legislation led to longer investigations and the potential of increased risk to victims and uncertainty for suspects.

The report also found that suspects were still faced with lengthy delays and that the changes were inconsistently implemented by forces.

The changes to the Police and Crime Act 2017 had included allowing suspects to be released under investigation (RUI) as an alternative to formal bail. The legislation was put through quickly, despite police chiefs, PFEW and the College of Policing highlighting the risks.

HM Inspector of Constabulary Zoë Billingham said: “We know from commissioned research that bail conditions give victims reassurance. Most victims who shared their experiences as part of this inspection were clear that they felt safer with bail in place.

“Our inspection found that policing was ill-prepared to put into practice the changes to bail legislation made in 2017. Forces were not given adequate guidance, which resulted in a range of interpretations of the legislation across England and Wales. These changes also had negative unintended consequences for victims as well as suspects.”

She continued:“The Home Office has recently completed a public consultation on these issues. We have added our inspection findings to this consultation. We urge all involved in revising the legislation to reflect on the findings of our report and ensure any changes better balances the needs of all those in the Criminal Justice System.”

PFEW Chair John Apter added: “We warned the 2017 changes would be restrictive, unrealistic and reckless. And they have been.”