Pay Freeze A Betrayal Of Police 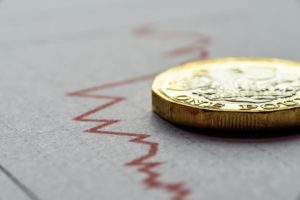 The Government’s decision to freeze public sector pay is “a kick in the teeth and betrayal for police officers,” according to West Yorkshire Police Federation Chairman Brian Booth.

Chancellor Rishi Sunak announced in the Government’s November Spending Review that pay for public sector workers outside the NHS would be “paused” for a year.

However, Brian described the announcement as a “betrayal” of policing.

He said: “This is a kick in the teeth and betrayal for police officers who have already had the cuts to their pay packets over the last 10 years.

“This equates to an 18% reduction in pay, sanctioned and administered by this very Government.

“And at a time when the police service has stepped up to the plate in the middle of the COVID-19 crisis, dealing with civil unrest and putting themselves at risk of infection trying to support a struggling health service.

“My colleagues deserve better for doing one of the most difficult jobs in difficult times.”

The Chancellor told the House of Commons that “pay progressions and promotions will carry on” in the public sector.

This should refer to police officers who receive  – or are scheduled to receive – incremental pay rises.

But Mr Sunak added: “I cannot justify an across-the-board pay increase for all public sector workers.”

He did say that over £400 million would be provided to recruit 6,000 police officers, with the Government’s target of recruiting 20,000 still on track.
Shadow Chancellor Anneliese Dodds criticised the Government’s decision.

She told MPs: “Firefighters, police officers and teachers will know their spending power is going down.

“Many key workers who took on so much responsibility during this crisis are now being forced to tighten their belts.”