Crucial To Support Officers Who Are Attacked 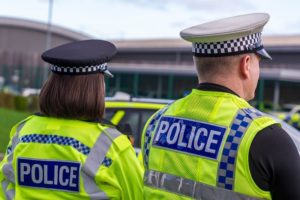 West Yorkshire Police officers are properly supported if they are the victim of an assault.

Brian was speaking as the College of Policing is looking to roll out a nationwide approach to supporting officers after they have been assaulted.

Operation Hampshire sets out the plan and principles around ensuring officers get the right level of physical and mental support they need after traumatic assaults and it works to get the justice they deserve as victims.

Brian said: “West Yorkshire Police take this issue extremely seriously and this is led by the Chief Constable.

“There is Gold-level support and practice in place which ensures that officer assaults are reviewed – not only the incidents, but the policy about how they are dealt with.

“If officer support, quality of investigations and disposal outcomes are found wanting, changes to improve are put in place.”

Brian said the Federation works closely with the force to ensure that officers are supported post-incident.

He explained: “That is not to say that some slip through the net, but these are becoming rare now.”

The College of Policing has appointed Metropolitan Police Chief Inspector Dave Brewster on a six-month secondment to work on the project. He has led the Met’s Operation Hampshire programme since 2016.

Government data shows there were 30,679 assaults on police officers in England and Wales last year, equating to 590 a week.

This year a large number of assaults have been COVID-related, with an increase in spitting attacks.