Rise In Assaults Against Officers 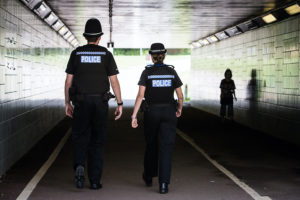 West Yorkshire Police Federation is calling for tougher sentences for people who attack officers, as new figures show a rise in the number of assaults against them.

Over 460 of those assaults left officers with an injury of some sort.

The figures have prompted West Yorkshire Police Federation to call for tougher tariffs to act as a deterrent to would-be assailants.

“It does not surprise me that there is still a climbing trend of assaults on my colleagues,” West Yorkshire Police Federation Chairman Brian Booth said.

“We have been working hard in the background with West Yorkshire Police ensuring we get the best evidence, the best equipment and the best processes to secure convictions.

“It is our experience that the courts are still not giving out sentences that are a true deterrent upon conviction and the Crown Prosecution Service are too ready to accept plea bargains.
“We have had a few good examples of good sentencing, but unfortunately we have many more that are inadequate.”

The Government says it is well aware of the growing need to tackle violence against blue-light workers and Home Secretary Priti Patel has vowed to double the maximum sentences available to two years.

“We do appreciate the Home Secretary’s support in doubling the available sentence, but have to ask the question: will this work?” Brian said.

“The courts are not using the maximum sentencing powers currently and are being too soft on offenders.

“A true deterrent would be a minimum custodial sentence starting from six months, removing discretionary sentencing and in turn removing all doubt that this is a serious offence against society.”
The full statistics can be found on the Government’s website, entitled: ‘Statistics on the number of police officers assaulted in 2019/20, England and Wales’.