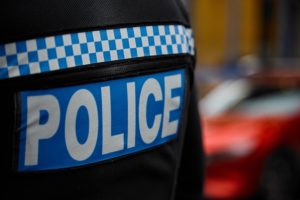 West Yorkshire Police Federation says police officers are not ‘society’s punchbags’ as new figures show a steep increase in the number of assaults against them.

Alarming new statistics reveal assaults on emergency service workers rose by 24% in the four weeks to 7 June, primarily driven by a surge in Covid-19 spitting and coughing attacks and recent protests in London and other cities.

It has prompted Home Secretary Priti Patel to pledge a crackdown on people who assault police officers and other emergency service workers.

She pledged to increase the maximum prison sentence for such crimes to two years.

He said he had hoped the #ProtectTheProtectors campaign, which led to legislation increasing the maximum sentence to a year, would have had an impact on the figures.

He said: “It angers me when I receive another report of a colleague being assaulted.

“I thought the Protect The Protectors legislation would have been the deterrent to break this trend, but sadly it has not and my colleagues are still being treated like society’s punchbags.

“It is fantastic to see our Home Secretary Priti Patel taking the issue seriously and trying her best to protect officers.
“Only time will tell whether doubling the sentence will work; if this doesn’t, we need to explore a minimum mandatory sentence.”
Ms Patel told The Telegraph the violence inflicted on officers over the past few months was “senseless and incredibly alarming”.
She said: “An attack on one of our brave officers is an attack on us all.

“I have always been clear that anyone who assaults the people who run towards danger to keep the rest of us safe should expect to face the full force of the law.

“Last week, I spoke to officers who had been attacked in the line of duty to hear at first hand the devastating impact on them and their loved ones. Their accounts have only strengthened my resolve to step up the support for our police.

“The Justice Secretary and I are determined to get justice for emergency service workers who are assaulted while on the job, so in the next few weeks we will launch a consultation on doubling the maximum sentence for assaulting an emergency worker to make these thugs think twice.”