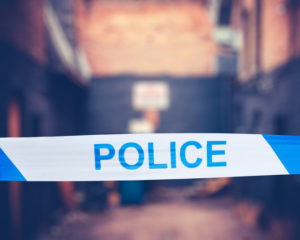 Members of a violent Leeds robbery gang have been jailed after being caught by a brave off-duty officer who spotted them attacking a woman.

In September 2019, the gang broke open a wooden gate to the back garden of the woman’s house and entered through a rear door before brandishing a knife and demanding the keys to an Audi SQ5 and Mini Countryman that were parked on the driveway.

They forced her to lie on the floor and put a blanket over her head and made threats to kill her if she contacted police. The victim’s dog was also attacked during the raid.

They stole items of jewellery from the house and drove off in both cars.

The court heard the woman thought she was going to be killed during the attack and she ran from her home in her bare feet screaming for help after the ordeal.

The car they arrived at the house in, a Seat, was on cloned plates having been stolen in a similar robbery three days earlier.

PC Neil Masheder was shopping at Asda in Moreley when he spotted the offenders’ parked in a disabled bay with two passengers.

He recognised it as having been involved in the incident earlier that day and called colleagues for assistance and kept the car under observation.

PC Masheder saw one of the offenders return from the supermarket to the driver’s seat of the car, and despite having no protective equipment, moved in to detain him. The two passengers ran off but were pursued by officers and a police dog and quickly detained nearby.

Phones, gloves, and other incriminating items, including Velcro patches used to mount false number plates, were recovered at the scene.

The three were convicted at the conclusion of a nine-day trial at Leeds Crown Court in March but jumped the dock and escaped from the court building.
They were pursued by officers who had been at court, including PC Masheder, and all were quickly detained, with two of them having fled two miles away to the Hyde Park area.

The third defendant was arrested in a pub in Leeds city centre.

All three were charged with escaping lawful custody. They were jailed for a total of 52 years.

West Yorkshire Police Federation Chairman Brian Booth said: “PC Neil Masheder demonstrated true bravery when he tackled a dangerous armed gang, whilst off duty and on his own.

“This has resulted in three highly dangerous individuals facing justice, receiving lengthy custodial sentences and keeping the public safe for a number of years.

“PC Masheder demonstrated, like many officers do every day, putting the public first over his own personal safety.”