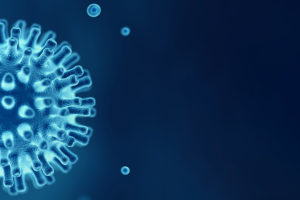 A 12-week sentence has been handed down to a man who coughed on a West Yorkshire Police officer and claimed he had Covid-19.

West Yorkshire Police Federation said the courts were now “not tolerating” emergency service workers being spat at or coughed on.

The assault, captured on body-worn video, took place during a domestic abuse call in Halifax on 7 April, which PC Michael Caulfield and colleagues attended.

As PC Caulfield went to make an arrest, the offender, Anthony McCrory, coughed on him and told him he had Covid-19.
McCrory, 25, from Denfield Edge, admitted assaulting an emergency service worker and was jailed for 12 weeks at Leeds Magistrates Court.

“While he was on the floor in handcuffs he leant forward to us and said: ‘That Covid-19, I’ve got it’, and coughed in my and my colleagues’ faces,” PC Caulfield told the BBC.
“For somebody to willingly try and give it to someone else is just abhorrent. Obviously my colleagues and I are scared of catching it. It’s not just catching it for ourselves – we have families, partners and children and we don’t want to subject them to something we’ve caught at work.”

West Yorkshire Police Federation Chairman Brian Booth said: “Police officers and police staff are doing a difficult job in dangerous times, and I would like to thank the public of West Yorkshire for their continued support by abiding by the Covid-19 regulations.

“However, for the small minority who think it is acceptable to spit, cough and threaten my colleagues with Covid-19, the courts are demonstrating that this will not be tolerated and you will go to prison.
“Behind the uniform are humans who are vulnerable to this disease.”

Deputy Chief Constable Russ Foster described the Covid-19 assaults officers were suffering as an attack on the frontline. And the force has released shocking footage of some of the incidents they have had to face.

DCC Foster said: West Yorkshire Police officers “put themselves at risk on a daily basis to reassure our communities and keep them safe.

“Policing is a difficult enough job at the moment and officers and staff worry whether they might pick up the virus and take it home to their loved ones.
“While we are taking whatever precautions we can, these attacks clearly heighten the risk and cause increased distress.
“I am really pleased that the West Yorkshire public’s response to lockdown so far has, on the whole, been fantastic. Most people are following the rules, staying home and helping to save lives. There have been some tremendous examples of community spirit and outpourings of support for the NHS and other carers.
“The actions of a few, though, are disgraceful and I will continue to push for them to be charged and brought before the courts.
“I am tremendously proud of the work my officers and staff are doing and want to publicly thank every officer and staff member in West Yorkshire Police for their continued commitment at this difficult time.”