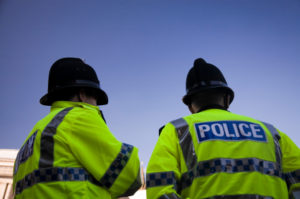 West Yorkshire Police Federation said that lack of funding, not the failure of officers, has led to the issues in the police service identified in the report from Her Majesty’s Inspectorate of Constabulary and Fire & Rescue Services (HMICFRS), entitled: ‘Noticeable Differences Between Police and the Service they Provide’.
The publication of the report led to headlines such as: “Failing police ‘rumbled’ by weary public”.

In the report, HMIC Matt Parr said the public had “rumbled” that the police do not have the capacity to deal with common crimes, such as burglaries or car crime, and have given up reporting incidents to police.

Mr Parr said: “There are some strikingly low figures about car crime resolution, meaning most of the public simply give up reporting it because the chances of anything positive happening are so slim.”

“The country is just short of investigators,” he said. “There are lots of forces that haven’t got enough detectives – therefore, very often, crimes aren’t allocated to the right people to investigate.”

“I don’t believe the public accept my colleagues have failed. They understand that the lack of funding and resourcing is the real issue. ”

“Like myself, my colleagues joined the police to keep the public safe and bring those who harm them to justice.”

“Unfortunately demand has outstripped resources, not only in the police, but in the criminal justice and prison systems, and social care. ”

“The common response by politicians at the time of the cuts was: ‘You can do more with less and we will invest in new technology, meaning we can cut officer numbers’.”

“It was raised at the time that this wouldn’t work and Theresa May accused the Police Federation of crying wolf.”

He continued: “The current Government has pledged to invest in policing, but this needs to be sustained over the next decade to build the police service back to where it once was.”