A Violent Start To The Year 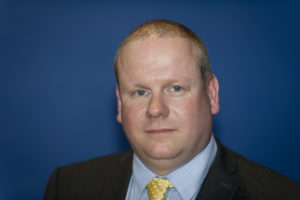 There were 210 assaults on West Yorkshire Police officers in January 2020.

Craig Grandison, Vice-Chairman of West Yorkshire Police Federation, said: “I’m appalled with the start of the year showing a worrying trend of assaults on police officers.”

In the first month of the year there were 210 incidents of assault, but 251 different assault types – including biting, punching, head-butting and kicking.
Craig said: “With over 200 incidents of assault in January, it could be another record year for West Yorkshire – and certainly not a record to be happy about.”

The Home Office collates the numbers of assaults from each force. In 2018-2019 there were 1,897 assaults on West Yorkshire officers, which was the second-highest number of assaults after the Met Police.

Craig commented on the January figures: “Not only were there 210 instances of assault, there were over 250 separate types of assault, meaning that a number of officers were attacked in more than one way. This may mean an officer has been punched and kicked, or spat at and then head-butted. This in itself shows that assaults can be violent and sustained.

“It’s simply unacceptable that this many officers are assaulted in a month; brave officers that are battered and bruised and in many cases unsupported by the courts.
“This needs to change and appropriate sentences need to be handed down by magistrates and judges – only then can there be a true deterrent to the violent acts carried out by the thugs in our society.”