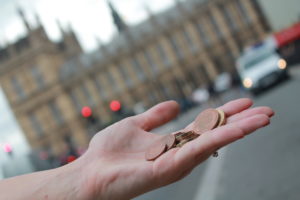 The 2020 Police Officer pay rise submission has been made, with the Police Federation of England and Wales (PFEW) calling for a 5% pay rise for all police officers.
It is also asking for a minimum starting salary of £24,177 for new recruits. Other submissions to the Police Remuneration Review Body (PRRB) include:

• The removal of the lowest two pay points for Constables, to facilitate recruitment;
• The shortening of the Constables’ and Sergeants’ pay scales;
• The introduction of new top pay scale points for all ranks, to incentivise retention;
• An increase in location and dog-handlers’ allowance and that London and SE allowances be increased to 150% of their current values.

Brian Booth, Chairman of West Yorkshire Police Federation, said: “For many years my colleagues have seen their wages slipping away, with below-inflation pay awards.

“The latest Pay and Morale Survey revealed that 37% of respondents worried about the state of their finances.

“Investment in policing should include officer pay and conditions, which has not been addressed properly for a number of years. I’m not surprised we have officers leaving the service for better pay in the private sector.”

All sides – the Home Office, Chief Officers and staff associations – give their recommendations to the independent PRRB, who then submit a paper/recommendation to the Home Secretary Priti Patel. She has the final decision on the pay rise for 2020, usually made in the summer and implemented in September.

Last year the PRRB recommended a 2.5% rise, which was accepted by the Home Secretary.

PFEW Chairman John Apter said: “This comes on the back of 10 years of austerity measures, which have seen police officers’ pay either frozen, or capped at 1%.

“We’re calling for an increase for starting pay that will take them to over £24,000, to recognise the role they carry out and the dangers they face, but also an overall pay rise of 5%. ”

“It doesn’t even fill the gap of the, in real terms, 18% cut in pay that police officers have seen over the past 10 years. But our submission is based on evidence and we think it’s realistic, and the Government must listen.”