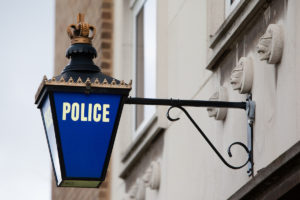 Three men who have dedicated themselves to caring for police officers and their families have been recognised in the Queen’s New Year Honours list.

David said: “Policing, in one guise or another, has been my vocation and passion for over 40 years. I am humbled and thrilled to receive this recognition and award. Thank you to all, whose lives, over the years, have helped shape who I am. To have been involved in the growth of Police Chaplaincy over the past 10 to 15 years has been very rewarding and to be part of its ongoing and significant contribution across UK Policing is tremendous.”

Patrick Cairns from The Police Treatment Centres has been given an MBE for services to police charities.

And Sid MacKay, from the Police Roll of Honour Trust, has been recognised with a British Empire Medal in the Honours for services to Police Remembrance. Sid is the father of murdered Metropolitan Police officer PC Nina MacKay.

Eighteen rank and file police officers from across England and Wales were recognised in the 2020 Honours – a drop from 30 last year.

John Apter, Chairman of the Police Federation of England and Wales, said: “So often police officers are unsung heroes, but recognition from the Queen is such a special honour and one that these outstanding men and women can be rightfully proud of. We must not forget that for every officer recognised there will be many others who have not been, but are as deserving.

“Police officers are humble individuals who don’t do what they do for praise or recognition, but when it comes it is very much appreciated and very much deserved. In the future, I hope that many more of my colleagues will receive this highest of honours.”