Fall In Number Of Complaints Against Police 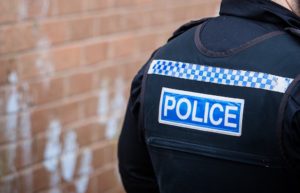 THE number of complaints recorded against police officers in England and Wales have fallen over the past year.

Cases covering complaints about conduct of individual officers and how the service is run have fallen from 31,671 in 2017/18 to 31,097 in 2018/19. More than half of forces also recorded fewer complaints.

Allegations have also fallen from 58,478 to 61,238 – a 5% drop. The most commonly recorded allegation fell under the ‘other neglect or failure in duty’ category.

It is also the first time in a decade that more allegations were locally resolved than were investigated; underpinning the change of the police complaints system in 2010/12.

The proportion of locally resolved allegations is 48% – up from 42% the previous year – whilst those investigated fell from 44% to 40%.
PFEW Conduct and Performance Lead Phill Matthews, said: “On the whole this is a positive report; complaints and allegations against our members have fallen whilst there has been a shift over the past decade towards local resolutions and away from investigations depending on the seriousness of the allegation.

“Through local resolutions the matter can be cleared up quickly and directly with the complainant.
“Many complaints do not justify formal disciplinary or criminal proceedings, so this is an efficient way on ensuring officers aren’t dragged through lengthy and incredibly stressful investigations.
“But if an investigation is proportionate and necessary, it is reassuring to see forces are improving their investigation times.”