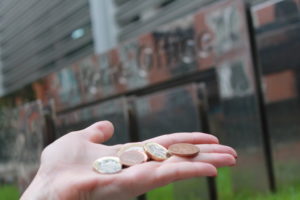 Police pay reforms should remedy the pay reductions officers have had to endure over the past decade before performance-related pay should be considered.
West Yorkshire Police Federation Chairman Brian Booth made the comments after it emerged the National Police Chiefs’ Council is to start a consultation on performance-related pay.

It is understood that there is a relationship between policing receiving extra money from the Government for more officers – the current well-publicised 20,000 officer uplift – and the service needing to look at reforming officer pay.

Brian said: “On average, Federated Ranks within the service have lost 20% of their pay over the last decade. This seems to have been forgotten.

“I hope these pay reforms reflect this as a priority and are favourable to our underpaid members. This needs to be done first before we introduce change that will already have officers feeling cynical.

“I hope we tread carefully as a service in relation to this matter. Our workforce does not have the emotional flex or appetite for gung-ho, ill thought out ideas that affect officer pay.

“My biggest concern is around how we link productivity to pay and how this can reflect negatively on public confidence.

“Going back to productivity monitoring days, we had Key Performance Indicators for the likes of stop and search, resulting in accusations that it was being misused. Imagine if this was a productivity output for a pay award.

“We also have to be careful that we don’t start another administrative burden whilst compiling this data: that again could have an impact on budgets and valuable resources.

“We will be watching carefully as these plans are put together and hope that some common sense is brought into the mix.”

A three-month consultation period on the Chief’s proposals will start in October before any new pay structure plan is put forward by the National Police Chiefs’ Council to the Police Remuneration Review Body.