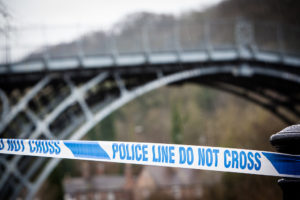 Years of austerity have taken their toll on custody units and staff are under huge pressure, West Yorkshire Police Federation has warned.

“So austerity certainly has meant that custody is a difficult place to work when you are held to account by so many rules and regulations, such as PACE codes of practice and any subsequent investigations.”

Custody officers work under intense scrutiny and are filmed 24 hours a day. Chris welcomed the fact that the police are carefully watched, but said it caused them increased pressure in an already difficult role.

He said: “It is important that that scrutiny is not only impartial but timely. Time and time again it’s neither of those things. It is partisan and it is very, very slow. Why would somebody want to be a custody officer in those circumstances?”

Chris was speaking at the Police Federation of England and Wales’ Annual Custody Seminar in Hinckley, Leicestershire.

He called for a better cross-force working in custody as well as a more joined-up approach with other agencies taking more of a role.