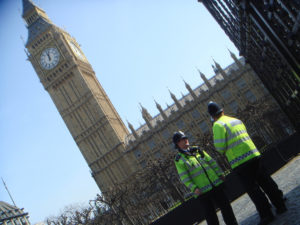 West Yorkshire Police Federation has “mixed emotions” about the announcement of a 2.5% pay rise for police officers.

The Home Office announced on 22 July that it will accept in full the recommendations of the Police Pay and Remuneration Body (PRRB). This is the first time in three years the PRRB’s recommendation has been implemented in full.

But Chairman Brian Booth was cautious in his response. He said: “This announcement comes with mixed emotion. On the plus side, an inflation-beating pay rise, a first in 10 years and a Government who has listened to the recommendation of the PRRB.

“But on the downside, police officers are still way behind where they should be in respect of pay and conditions due to the years of below-inflation pay awards.

“A second major concern is that there is no extra money being put into policing by Government: this pay award will have to be met by existing police budgets and where does that leave us?”

As well as the pay rise, which applies to officers in all ranks, the Government announced an increase in the on-call allowance from £15 to £20 per 24-hour period for all Federated ranks.

There is also a 2.5% rise in both the dog handlers’ allowance and London weighting. However, there is no change for apprentice and degree holder progression pay, which means those joining the service will continue to receive the current incremental pay rises through their probationary period.
The pay rises come into effect on 1 September.