‘Listening’ Chief Will Be Good For Officers 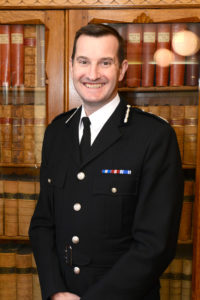 CC John Robins has started his new role after taking over from Dee Collins, who retired in April.

Brian said: “I’ve worked with John over the last 12 months and he’s a realist.
“He knows exactly how our front officers feel at the moment. He listens to us. He listens to me. And he does stuff to try and make their lives better.
“He knows that they’re overworked. He knows that they’re underpaid. He knows there is too much demand, and he will go out and tell the public that.
“That, for me, is brilliant for a Chief because I’m sick of listening to some Chiefs in other forces saying things like, ‘we really like the challenge’, when it’s not them facing the challenges.