The number of assaults on officers in West Yorkshire has gone up by 40% in the past year, despite new legislation which was brought in to help protect them.

New Government figures show there were 1,897 assaults on officers in West Yorkshire in 2018/19.

The startling statistics equate to 36 officers being attacked every single week.

West Yorkshire Police Federation Chairman Brian Booth said the deterrent of more jail time for people who attack emergency workers that was promised by the Assaults on Emergency Workers (Offences) Act 2018 is not happening.

The legislation allows the maximum sentence to be doubled to 12 months.

Brian said: “It obvious that the deterrent we thought it might be isn’t working.

“It angers me that my colleagues are getting attacked every week. It’s a significant increase of assaults on officers and where is the deterrent? It’s not there.
“Do we need, as a society, to discuss minimum jail sentences? So, if you assault an emergency worker, cause them injury, whether it’s reckless or intentional, should you get a six-month minimum prison sentence?
“That has a tremendous effect in other sovereign states around the world, such as Australia. There’s two states there which have had significant reduction in assaults on their emergency workers just by brining that legislation in.
“We’re talking about a deterrent. A deterrent to stop people assaulting our frontline officers.
“Something like this has got to be taken into account.”
In England and Wales, 30,977 assaults were reported in 2018/19 – a rise of 23% from 25,125 the year before. 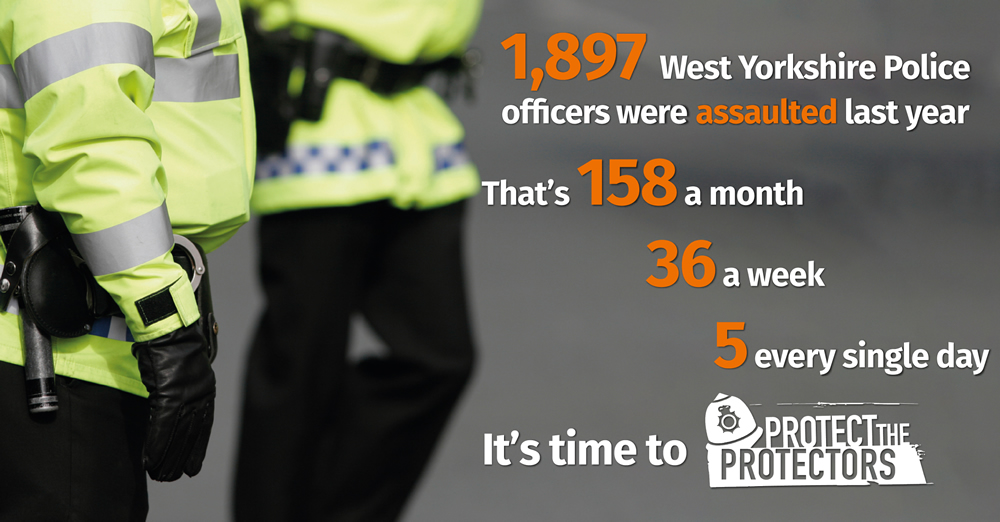