Policing’s ‘Cruel Cuts’ Under May 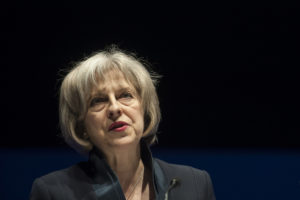 Under nine years of Theresa May, policing has suffered cruel cuts that have brought the service to its knees. Things can only get better.
Theresa May’s Legacy.

West Yorkshire Police Federation Chairman Brian Booth said: ‘My colleagues will be breathing a sigh of relief with the news that Theresa May will be standing down as Prime Minister.

“Under her tenure in Parliament, policing has suffered cruel cuts that have brought the service to its knees. Things can only get better.
“I hope the next Prime Minister listens to all the key stakeholders and returns policing back to what it was before.
“A service that is – well it certainly was – known to be the best in the world.”