Do Not Rush Pension Choice 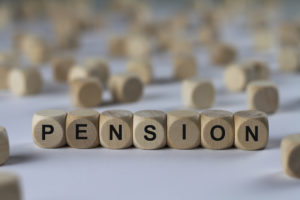 Officers have been urged not to make any rash decisions about their pensions.

The Government has announced it will not be taking further action to rectify the public service pension cost cap breach due to the ‘uncertain impact’ of December’s Court of Appeal ruling that the transitional protections provided for older judges and firefighters amount to unlawful discrimination.

The situation is currently complicated, according to the Police Federation of England and Wales, which has issued new advice around pensions.
PFEW National Secretary, Alex Duncan, said: “We understand people’s frustrations and concerns, but it would be irresponsible of us to speculate and provide guidance based on guesswork about the eventual outcome.

“Currently, our recommendation to members is to not rush into taking decisions and/or actions. The police pension schemes remain better than alternatives.
To find out more, go to: www.polfed.org/fedatwork/Pensions.aspx

We use cookies to ensure that we give you the best experience on our website. If you continue to use this site we will assume that you are happy with this.AcceptRead more