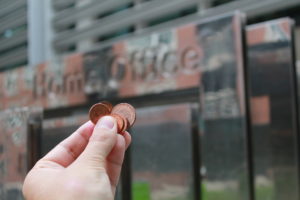 The Police Federation of England and Wales is launching legal proceedings against the Home Office over its handling of the 2018 police officer pay rise.

The Federation says the move could potentially lead to a Judicial Review.

The move is in response to the way a 2% pay increase was given to officers by the Government in July.

With the loss of the non consolidated 1% bonus from the year before, it was essentially just a 1% pay rise for officers.

Current Chairman Brian Booth said: “It’s good to see that the National Federation are listening and acting upon representations from West Yorkshire Police Federation. I’m certain our members will be glad to see action being taken at last.”

PFEW Chairman John Apter said: “For the second successive year the Home Office has cheated police officers out of the pay increase they should receive.

“In response to this betrayal and based on legal advice, PFEW has instructed solicitors to start Judicial Review proceedings against the Home Secretary on the basis that he has stated that the pay decision was a Government decision and not his decision alone.”

He added that officers felt betrayed and angered by the original 2% pay award.

“Police officers must be treated fairly and have confidence that any independent pay recommendations will be accepted in full by the Home Secretary,” he said.

“I know the deep sense of anger felt by many of our members about the way they have been treated. This is why we have taken this action and we make no apology for doing so. Doing nothing was simply not an option and it is right and proper that we challenge this unfairness legally.”

John concluded: “It is important we do all we can on behalf of those we represent… this betrayal could not go unchallenged.”