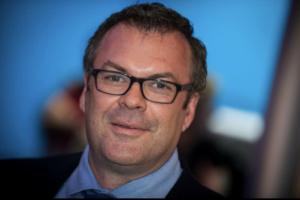 Police Officers in West Yorkshire should be allowed to display their tattoos – to be in line with neighbouring forces, says the Police Federation.

Currently officers in West Yorkshire can display ‘small, inoffensive and non-prominent’ tattoos on their necks and hands, but officers with tattooed arms must keep them covered up, even in hot weather.

They say that’s unfair, especially as colleagues in next door North Yorkshire don’t have similar restrictions.

In a recent survey on the matter – conducted by the West Yorkshire Police Federation – officers said the policy was ‘outdated’ and didn’t represent the diverse communities they serve.

In total 1,182 officers completed the survey with 55% saying they had a tattoo.

80% said the current policy doesn’t represent the communities they serve.

West Yorkshire Police Federation Equalities Lead and Deputy Secretary Guy King (pictured) has been pushing for a change in the policy.

“Our members have been asking about this for such a long time,” he said, “and they want to know why they are been treated differently to officers just over the border.

“The policy of allowing hand and neck tattoos but not visible arm tattoos is bizarre and officers are telling us that the policy is unfair and not representative of who they serve.”

He added: “We’ve approached the Chief Officer Team about this and they asked for more information and more stats, which they’ve got now thanks to the survey.

“Some senior officers are worried I think about how visibly tattooed officers might be seen by citizens, but the bigger picture is that having a visible tattoo is actually more representative as this and other surveys have showed.”

A recent national survey of the Public by the Police Federation of England and Wales/Ipsos Mori revealed that 81% of respondents would not have less confidence in an officer if he had a visible tattoo.

College of Policing Guidelines to officers states that visible ink artwork is unacceptable only if it could be deemed ‘discriminatory, offensive or not comply with its Code of Ethics and Standards of Professional Behaviour’.

Guy added: “I’m presenting the figures to the Head of Professional Standards and hopefully we can start getting some influence for change because the force’s view at the moment is out of step with officer and public thinking.”

For more information on the national work on this visit here.