The reality of #PoliceDemand in the North East of England 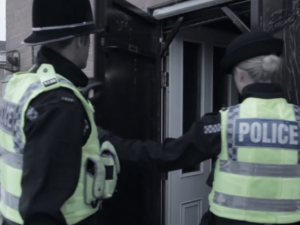 In a snapshot of activity at 7am this morning, Thursday 21 September 2017, the seven forces across the North East were dealing with 4,000 outstanding calls for service or open incidents, 144 missing persons and 269 prisoners in custody, painting a picture of the demand officers and staff face on a daily basis.

Nick Smart, chairman of West Yorkshire Police Federation, said: “These figures of a typical midweek day show that demand is massively outstripping resources. Before we start every day, we are playing catch in terms of dealing with calls. It’s not just about crime, the impact of having to look for missing vulnerable people places a huge burden on already stretched resources.

“Despite the political rhetoric from Government, we are not just crime fighters. We are picking up the burden of many other areas of work from other agencies. This is against a backdrop of continually reducing numbers. The savage cuts imposed on the police service are bringing the service to its knees. We are going back to the days of reactive only policing of the mid 1980’s. This a not good for the service or the public.”

In July, figures released by the Office for National Statistics (ONS) further outlined the demand on police, showing that recorded crime increased by 10% nationally in the previous twelve months with an 18% rise in violent crime.

At the same time, workforce data revealed a further fall of nearly 1,000 officers in the previous 12 months leaving forces to manage with the lowest number of officers since 1985.

Increasing and unrealistic workloads set against a backdrop of increased crime and reducing officer numbers is taking its toll on police officers in the North East.

Perhaps most worrying is that whilst 63% of officers in the region are proud to work for the police, 68% would not recommend joining the police service.

Nick added: “There is real anger and fury from officers regarding last week’s pay award announcement. The 2% award, consisting of a 1% pensionable pay rise plus a one % non-pensionable additional amount, still falls short of the 2.9% rate of inflation and equates to a real-terms pay cut for officers of 16% since 2009/2010.

“The Government have given a pay award which has to be funded form existing police budgets. This means in reality Chief Constables have to pay for it out of current budgets – budgets where they are still trying to find savings from the cuts imposed upon them from No.10, They will have to stop recruiting, and reduce police officer numbers further to pay for this underhand Government pay award. All this does is weaken the police service further to deal with demand and lower morale.”