Next Government must make police officer safety a priority 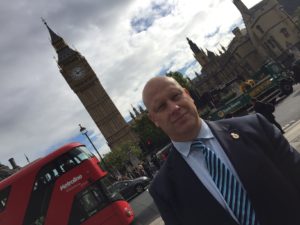 That’s the view of West Yorkshire Police Federation Chairman Nick Smart, who has been at the forefront of efforts to change the law for people convicted of assaulting officers.

Despite this, as yet there have been no changes to legislation on police assaults – something Mr Smart said has to change.

He said: “As officers may be aware over the past 12 months we have been lobbying MPs around officer safety in terms of trying to get the legislation changed to bring in stiffer custodial sentences for those who assault officers.We have had sponsored Adjournment debates and 10 Minute Rule bills in Parliament by Holly Lynch MP.

“To date, the current Government has done nothing practical whatsoever to address this issue and have ignored our campaigning to change the assault legislation to offer give a deterrent. We will continue to lobby MPs and fight for this legislation change to happen.”

Mr Smart also called for a reinvestment in the police service – which has undergone massive cuts to budgets and the number of police officers in the past six years.

He added: “The new Government separately need to reinvest in policing after savagely cutting the service over the past six years. Demand has increased and is more far, far more complex than most people making the budgetary decisions understand.

“The police service has become a dumping ground for other public sector agencies’ inability to deal with issues which sit in their areas of responsibility. This cannot continue.”