Officers are warned not to fall foul of data laws 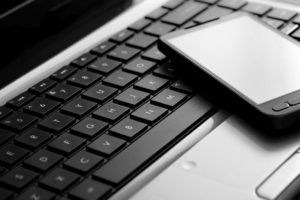 Police officers are persistently falling foul of data protection laws and ending up either in court or at a misconduct hearing, the Police Federation of England and Wales has warned.

“Computer misuse is a serious issue and if officers commit data protection breaches – outside of lawful policing purposes – they are likely to face very significant penalties,” the PFEW said.

Technology such as the Police National Computer (PNC) and Automatic Number Plate Recognition (ANPR) is increasingly being used by officers for non-work related reasons.

Andy Ward, the Federation’s Deputy General Secretary and Head of Crime and Misconduct Claims, said: “We’re seeing about two cases a week involving data protection breaches. In the majority of cases, the officer thinks that they are doing it for the right reasons – they’re either looking into family members, friends, neighbours or others they know, often because they are concerned about those individuals or people close to them.”

But even if the officer thinks that they are taking the moral high ground, their actions are landing them in trouble, added PFEW.

In an average year the Federation HQ:

deals with more than 6,000 applications for legal assistance, including employment tribunal cases

receives about 2,500 criminal and misconduct allegations at the joint claims office – although there are many more outside the national office

carries approximately 1,000 ongoing live cases at any one time – some of which will last for several years.

Mr Ward added: “We cannot guarantee that legal representation will be provided by the Federation in every case as each must be considered on its merits.”