Lack of detectives means the service faces a ‘national crisis’ 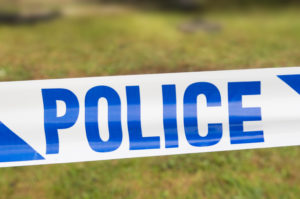 The shortage of detectives across England and Wales is a “national crisis”, according to HM Inspectorate of Constabulary.

A HMIC report said victims of crime were being let down, emergency calls downgraded and investigations shelved by forces.

HM Inspector Zoe Billingham said she was “raising a red flag” to warn forces about the impact on the public of an “unconscious form of rationing of police services”.

She stopped short of saying that the service was in crisis, but warned: “We are leading to a very serious conclusion regarding the potentially perilous state of British policing.”

“Over the last few years, HMIC has said consistently that police forces were managing well in increasingly difficult circumstances.

“Nonetheless, I’m raising a red flag to warn forces of the consequences of what is, to all intents and purposes, an unconscious form of rationing of police services.”

HMIC said it was warning for the first time of a national crisis in the shortage of detectives and investigators in many forces.

This was leading to excessive workloads, while complex investigations were being led by those who lacked appropriate experience.

In one instance, inspectors saw a uniformed officer investigating rape.