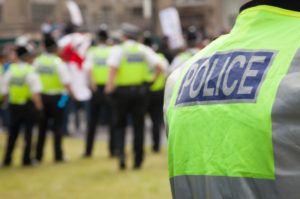 A pilot of “Advanced Practitioner Police Constables” has begun in eight forces in England and Wales – although West Yorkshire is not one of those taking part.

Advanced practitioner constables will take on more complex work, which would be similar to the lowest levels of the sergeant rank, according to the College of Policing.

Officers involved will be expected to lead complex casework, assess how procedures can be developed and improved, and think and plan ahead for weeks and months.

However, officers taking part in the pilot will not be paid more for the extra work they are taking on.

The College of Policing said: “Advanced practitioners in the pilot will not receive additional financial reward or remuneration.

“The pilot will lead to recommendations for what reward and recognition could look like if the model was rolled out at ‘full scale’.”

The College says the benefits for those taking part include recognition for expertise in area of policing practice; increasing their expertise and effectiveness within their role; and undertaking research into areas of police practice that will benefit policing at a force and national level.

It also says the pilot will develop officers’ leadership skills and give opportunities to work with staff across their force.

Officers will “contribute to the knowledge and evidence to support decisions about the advanced practitioner role”, it added.