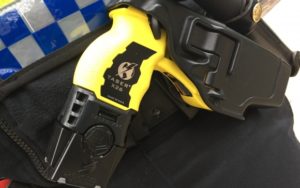 An Ipsos MORI poll for the Police Federation of England and Wales, also showed that 80% of those surveyed said it would make no difference to their decision, or they would be more likely, to approach an officer for assistance if they were carrying a Taser.

In addition, 89% said forces should be allowed to train and equip officers if the use of Taser is automatically recorded by Body Worn Video.

Home Office statistics suggest that an officer is assaulted every 22 minutes in England and Wales. That is more than 23,000 in the last year. The survey results come as a new model of Taser, the X2, awaits final Home Office approval before it can be rolled out to officers.