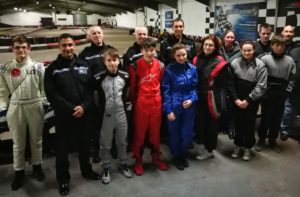 A team of police officers from Pontefract have taken on teenagers in a go kart race in a project designed to give them vocational skills.

The club, which was set up by police and partners to teach young people basic mechanics, driving skills and teamwork, was formed in 2014 at Pontefract’s Raceway Karting Track.

Chief Inspector Richard Close, Head of Neighbourhood Policing, said: “Initiatives such as this are absolutely proven to work at reducing anti-social behaviour in communities and in improving our engagement as a police force with local youngsters.”