Police feel unsettled at work as expectation is ‘too much’ 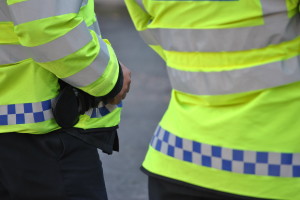 POLICE officers in West Yorkshire feel they are expected to do too much and feel unsettled in their job, a force survey has revealed.

The poll, carried out by Durham University, also showed that the perception of fairness across the force was low. However, respondents did say that force leaders made ethical judgements.

Police officers and staff in the force were given a number of statements and asked whether they agreed or disagreed with them. A total of 2,668 responses were received. Responses were rated on a scale of 1 to 7 – from strongly disagree to strongly agree.

Nick Smart, Chairman of West Yorkshire Police Federation, said: “It’s a positive result in terms of the number of officers that engaged with the process.

“And it’s encouraging that things are going in the right direction in terms of officers feeling as though they’re empowered.

“But obviously there are always are some areas of concern – we know that the report has some issues around perceived organisational support for officers. Officers felt that. They scored quite low in terms of how officers were valued and respected within the organisation. There was a real concern with procedural justice or fairness, that was a low score, and that’s looking at the decisions by senior leaders.

“So we would encourage management and our command team to look at that and build on this over the next 12 to 18 months.”

When asked about the extent to which they felt there are too many tasks expected of them at work, police officers scored 5.14 out of 7.

The score for whether they felt unsettled or uncertain at work was even higher – at 6 out of 7.

Officers also indicated that work was having an effect on their home life – with officers ranking the conflict between their work and home lives at 5.33 out of 7.

A question about how officers perceived fairness in the force as a whole and decisions made by senior leaders was low, at 3.16 out of 7.

The lowest score came for how valued officers felt – at 2.82 out of 7.

However, officers did have faith in their immediate supervisors’ conduct – with a score of 5.11 out of 7.